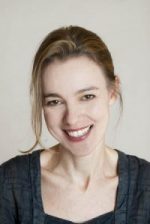 Associate professor and chair of the Infocommunications Department at the Corvinus University of Budapest (BCE). She received her Master’s Degree from BCE in 1998, and followed up with a PhD degree that was awarded a grade of summa cum laude in 2006. She is an instructor of the subjects Media Economics and Media and Audience Research. Dr. Urbán’s main research areas are changes in media business models, trends in media consumption patterns, the evolution of the Hungarian media market and the analysis of policy issues concerning media markets. She was involved in the Impact of the Internet on the Mass Media COST A20 and the Participation in the Broadband Society COST298 pan-European research programmes. Dr. Urbán is the author of some 40 Hungarian and English-language international publications in the fields of media and infocommunications. Her publications include books, book chapters, journal articles and conference presentations. 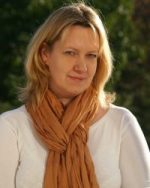 After graduation in Hungarian-Cultural Management major at ELTE TFK, she made postgraduate studies at PTE and Budapesti Gazdasági Főiskola. in the last 15 years she worked for multinational in various managerial positions, where is obtained administrative, marketing and communications experience and now she is strenghten the NGO sector with these skills. 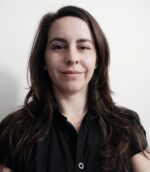 She graduated in communication and media studies and is currently a student of the Doctoral Program “Language and Communication” at the University of Pécs. She is interested in the polarization of the public, especially in the research of different media outlets’ contents and their consuming audiences, her mainly preferred methods are in the field of quantitative analyses. She has been working for Mertek Media Monitor since 2017 as an external expert, now she is a research fellow and coordinator of the Hungarian team’s work in MEDIADELCOM project.

Graduated in legal studies in 1986 at University of Szeged. She in various legal jobs, besides wich, from 1988 she worked as journalist at the local tv and regional radio. Between 1993-1999 she was editor-reporter at Hungarian Public Radio. She worked for 11 years at the media authority, where she became head of the legal department. Her specializations are the legal practice of authorities, the public service media and balanced coverage. She has published several studies in these subjects.

He is a senior analyst at Policy Solutions, a Hungarian think tank. Previously, he worked as an analyst at the Demos Hungary Foundation, the Prime Minister’s Office and the Ministry of Children, Youth and Sports. He studied in the United States and received an MA in International Relations from the University of Chicago and a BA in Social Studies from Harvard University. He speaks English and German fluently and has a basic understanding of French.

Journalism and media policy expert at think-tank Mertek (mertek.eu), and editor for atlatszo.hu, non-profit investigative news site. Ashoka Storyteller in Residence, Berlin John S. Knight Journalism Fellow at Stanford University (2012-2013). Previously he was the host of the daily news show of the Hungarian Public Radio. In December 2010 he protested against the controversial media law by holding one minute of silence in his live program. Subsequently he was suspended from his post before leaving the radio definitively. Since 1996 he worked for various news outlets in Hungary. He was editor of origo.hu, Hungary’s biggest newssite (2011-2012), daily political talkshow host of private newsradio Inforadio (2000-2009), editor-in-chief of Manager Magazin, a Spiegel-owned business monthly (2005-2007), senior editor at Figyelo, business weekly (1999-2004), editor-reporter at Hungarian Public Radio (1995-98) and TV (1997-2000). Founder of the first marketing communication newsletter (1993-2000), editor of Kreativ magazine, (1994-2001). Author of a prize-winning book on one of Hungary’s greatest banking scandals, and beholder of various investigative journalism prizes (Pulitzer Memorial Prize 2004, Göbölyös József prize 2003). He was a Marshall Memorial Fellow of the German Marshall Fund in 2008. His latest investigative book on the history of relations between the Hungariancommunist regime and the IMF was published in November 2012. For this project he recieved grants from the Open Society Institute and the Hoover Institution, in 2011 he was visiting research fellow at the Hoover.

Universität Berlin in 2015, since September 2015 she is a M.A. student in European Studies at Aarhus University (Denmark) where she will complete her M.A. thesis focusing on the work of Hungarian NGOs in face of Democratic backsliding in Hungary. As an ERASMUS-student she lived in Göteborg for 5 months in 2013. The title of B.A Thesis was “Eurosceptic parties in Denmark and Sweden: Explaining divergent electoral success in the 2014 EP election.” From 2013-2015 she has been working as Student Assistant at Freie Universität, namely for the University´s Press Office, the Research- Group “the Transformative Power of Europe” and the Division „Communication Theory and Media Effects“(Institute for Media &amp; Communication Studies). As Intern at Mertek Media Monitoring she spent 3 month in Hungary in autumn 2016, however she will uphold her professional relation with Mertek as external expert. Her main academic interests so far are issues touching upon democracy in the context of the EU, mostly combined with aspects of media, public sphere and political communication. Her language skills comprise German and English as well as intermediate levels of Dutch and Danish as well as basic knowledge of Swedish and French.

In 1974, he earned a law degree from Eötvös Loránd University, and was student at ELTE Sociology Department. His first job was in the Mass Communication Research Centre, where in the first time he was dealing with the long-range planning at the media field, later he became a research fellow in the Department of Public Opinion Research. During the Hungarian Transition he founded with other colleagues the Median Public Opinion and Market Research Institute, where until 1996 he worked as a research leader. Meanwhile, as media expert helped the Fidesz and later the government in the preparations of the media law. In 1996, the parliament – after the nomination of Free Democrats – elected to a member of the media authority (ORTT) and this was repeated in 2000, 2004 and 2008. The work carried out by the termination of ORTT. Currently, the possibilities of early childhood media literacy is in his central concern. As an educator, he teaches and taught media law at the University of Pécs, (postgraduate training) and at ELTE and Kodolányi College.

The fourth week of the campaign period has also concluded... END_OF_DOCUMENT_TOKEN_TO_BE_REPLACED

In the following, we will summarise how the popular Krónika... END_OF_DOCUMENT_TOKEN_TO_BE_REPLACED

Numerous articles by journalists have looked at the Hungarian Television’s... END_OF_DOCUMENT_TOKEN_TO_BE_REPLACED

As part of our broader analysis of how the election... END_OF_DOCUMENT_TOKEN_TO_BE_REPLACED

The attack on Ukraine has led to a widespread outrage... END_OF_DOCUMENT_TOKEN_TO_BE_REPLACED

This website uses cookies to improve your experience while you navigate through the website. Out of these, the cookies that are categorized as necessary are stored on your browser as they are essential for the working of basic functionalities of the website. We also use third-party cookies that help us analyze and understand how you use this website. These cookies will be stored in your browser only with your consent. You also have the option to opt-out of these cookies. But opting out of some of these cookies may affect your browsing experience.
Necessary Always Enabled
Necessary cookies are absolutely essential for the website to function properly. This category only includes cookies that ensures basic functionalities and security features of the website. These cookies do not store any personal information.
Non-necessary
Any cookies that may not be particularly necessary for the website to function and is used specifically to collect user personal data via analytics, ads, other embedded contents are termed as non-necessary cookies. It is mandatory to procure user consent prior to running these cookies on your website.
SAVE & ACCEPT